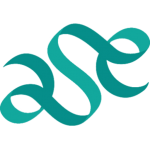 ABOUT THE
Australian Society of Endodontology

History of the ASE

The study and practice of endodontics in Australia has come a long way since its humble beginnings in the 1960’s.  The Australian Society of Endodontology with over 500 members is the biggest society associated with the Australian Dental Association.  The majority of its members are general practitioners with an interest in tooth preservation.  The Society publishes 3 issues annually of  the Australian Endodontic Journal, which is currently under the Editorship of Ralph Reid. There are 5 State branches with a Federal umbrella body.  The State branches act independently, with the Federal body coordinating items of interest to all State branches and Federal touring lecturers.

The major development of endodontics in Australia began in the1950’s and early 1960’s with the return of Australian Dentists who had gone abroad for further study and discovered a whole new world of endodontic practice in the United States, in Scandinavia and to a lesser extent in the United Kingdom.  These men were fired with enthusiasm and the only way they were able to continue to learn was by establishing small study clubs whose members were eager to learn chiefly by their own research efforts, literature reviews and self criticism and mutual advice of failed cases.  These study clubs eventually amalgamated to a federal umbrella body (The ASE Inc.); and all changed their names to The ASE (State Branch).

In addition a specialist body of endodontologists known as The Australian and New Zealand Academy of Endodontists was formed by 1993.  This society is open only to those who have advanced training in endodontics or are registered under a “Grandfather Clause”.

Endodontics is taught as a separate discipline in all 5 universities in Australia.

The Society, a non-profit organisation, was established with the following objectives:

Endodontics is the branch of dentistry concerned with the morphology, physiology and pathology of the tooth and associated tissues, and in particular the dental pulp, crown, root and peri-radicular tissues. lts study and practice encompasses the basic clinical sciences including the biology of the tooth and its associated tissues, the aetiology, diagnosis, prevention, treatment and restitution of teeth due to diseases and injuries that affect these tissues.

As a federally constituted organisation the Australian Society of Endodontology was begun in February 1967 at a meeting in Melbourne, after several States had Study Clubs or independent Societies in existence for up to seven years.

The original constitution served through the period when five States changed to Federal Branch status and was broadly revised in 1975 when The Society was incorporated in the Australian Capital Territory. Further extensive revisions were adopted in 1978 and 1990. Further revisions were made in 1994 in accordance with the Australian Capital Territory Associations Incorporated Act of 1991 (known hereafter as “the Act”) and again in 1995.